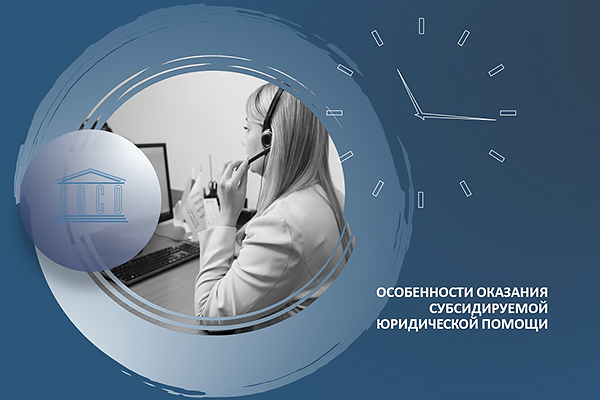 From September to December 2021, the Chamber of Advocates of the Samara Region held a series of training events for colleagues working on assignment. 320 lawyers received free training (38% of all PASO members participating in the CJL).

A training marathon of 8 face-to-face seminars started in September 2021 and was held in Samara, Togliatti and Syzran. The project covered the majority of lawyers' formations and the most interested third of the appointed defenders.

The decision to conduct training events for lawyers participating in the system of providing subsidized legal assistance as defenders in criminal proceedings on the appointment of the bodies of inquiry, preliminary investigation bodies or the court in accordance with Articles 50 and 51 of the Criminal Procedure Code of the Russian Federation was adopted by the PASO Council at session 26 August 2021.

The decision was dictated by three reasons.

First, in connection with the decrease in the number of cases under the agreement against the background of the economic downturn and at the same time the increase in the base rate for the salaries of public defenders, the interest of colleagues in this segment of activity has increased.

Secondly, the number of complaints filed with the Chamber against appointed defenders has increased, which is mainly due to the expansion of the practice of recourse collection from convicted persons of amounts paid to a defense lawyer from the budget.

Thirdly, the number of objective claims against lawyers who are not familiar with the specifics of working in the system of subsidized legal aid has increased, since they previously practiced only on the basis of agreements.

With the priority goal of protecting lawyers from possible mistakes and unfounded claims, the speaker of the events - President of PASO Tatyana Dmitrievna Butovchenko explained to her colleagues in detail all the intricacies of the defense in cases when a lawyer enters into a case at the request of the inquiry, investigation or court authorities.

T. D. Butovchenko informed the lawyers about the key conclusion made during the analysis of the disciplinary practice of the PASO for 2020-2021, namely: not all colleagues who start working in the system of subsidized legal aid have thoroughly studied the Standard for the participation of a defense lawyer in criminal legal proceedings, and therefore erroneously believe that successful activity in cases under the agreement guarantees the absence of claims to work in cases as intended. The PASO President tried to convey to each lawyer the idea that the implementation of the Standard adopted at the VIII All-Russian Congress of Lawyers, and the Rules for the provision of subsidized legal assistance by PASO lawyers are mandatory. If these rules, for any reason, are not perceived by lawyers as a proper algorithm of behavior in this segment of professional activity, then one should not participate in the CJS system, since participation is entirely voluntary.

Vivid examples from disciplinary practice, given by the speaker, made some of those present blush, who recognized themselves in the situations described, although, of course, the secret of the name was kept. Among the most frequent violations committed by lawyers in the implementation of the defense by appointment, were called disregard for the principles of corporatism, actions for reasons of personal gain, excessive workload and, as a result, poor-quality defense, actions of a lawyer without taking into account the opinion of the client.

The demand for the training project was evidenced not only by a large number of those wishing to attend the seminar, despite the obligatory condition for the presence of a QR code, but also by the increased duration of each event at the initiative of the participants, many questions from the audience, most of which the PASO Council tried to solve urgently within the framework of (and if necessary and outside the scope) of their competence. So, in response to a request from the audience, a questionnaire template for the client was promptly developed and posted on the paso.ru portal, the correct and timely filling of which at the first meeting with the client guarantees the defense of the lawyer from unfounded claims from the client.

The lawyers could not but worry about the issues of untimely wages. The PASO President explained what measures (all corporate and huge personal efforts) are being undertaken by the PASO Council to pay off debts to lawyers. (By the way, in connection with the arrears on the part of the bodies of the Ministry of Internal Affairs of the Russian Federation for the remuneration of lawyers involved in criminal proceedings by appointment in accordance with Article 51 of the Criminal Procedure Code of the Russian Federation, the FPA RF received assurances that by the end of this year all arrears to lawyers will be liquidated funds due will be paid in full).

However, on the other hand, sharp criticism from T.D. Butovchenko suffered cases of unfair overestimation of labor costs by lawyers. The President reminded her colleagues that in addition to the Criminal Procedure Code of the Russian Federation, a lawyer should be guided by the Law on Advocacy and the Bar of the Russian Federation, the Code of Professional Ethics of a Lawyer and not forget such fundamental concepts as conscience and honor.

During the training project, the PASO Council managed (largely thanks to the representative of the regional court as part of the PASO Qualification Commission) to resolve several problematic issues discussed at the seminars with the judiciary. In particular, the lawyers' claims on non-payment for participation in the trial were taken into account.

The official appeal to the leadership of the Samara Regional Court regarding the provision of premises in courts for lawyers to study cases and prepare for a hearing also took effect. In four district courts, lawyers are allocated premises for work.

According to the feedback from the seminar participants, the PASO educational project was a success and needs to be continued. The PASO Council and the Qualification Commission expressed their hope for a qualitative change in disciplinary practice in the form of a reduction in penalties against lawyers participating in the state-subsidized legal aid system.

PASO President T. D. Butovchenko announced her satisfaction with the implemented project, which, according to her, next year will be expanded to 100% coverage of all PASO members on the list of lawyers participating in the subsidized legal aid system.